Anyone who has ever visited the 24 /7 Paper and Rayon production mills in Indonesia will immediately understand the extensive testing and evaluation period that is applied to any new technology. These highly systematised and organised mills had been looking for the solution offered by a Thompson Couplings Alignment Eliminator coupling, for years.

With their “maintain-it-before-it-can-fail” engineering style, the cost of maintenance was a well known figure in the budget estimates; and more than that, so was the staggeringly larger Cost of Downtime.

With the introduction of TCAE Alignment Eliminator Couplings, downtime hours tumbled immediately. Maintenance teams changed from being emergency repair teams to actual maintenance planning and engineering teams. Pumps last longer, as do motors, and both are able to be quickly swapped out for maintenance before a breakdown happens. Purchasing costs are down and Inventories are reduced over a wide range of spares and materials. 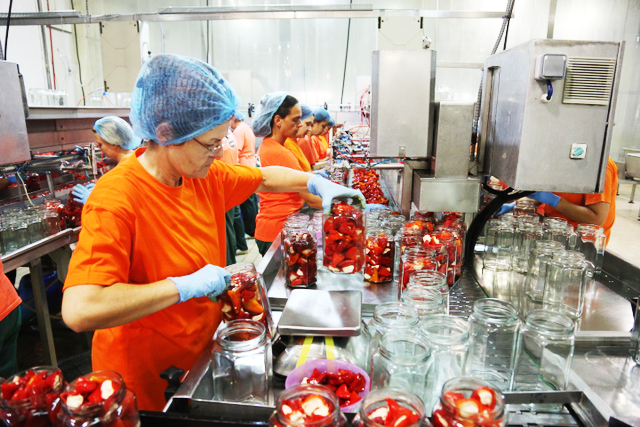 One of our European adopters is a food production and processing factory in Almi, Greece.

For many businesses these days it can seem as though there is just no solution to the problems of maintenance for rotating equipment; and the decision can sometimes be to simply run things until they break. Please click here to download a copy of the emailed report that we received from a very happy factory owner. 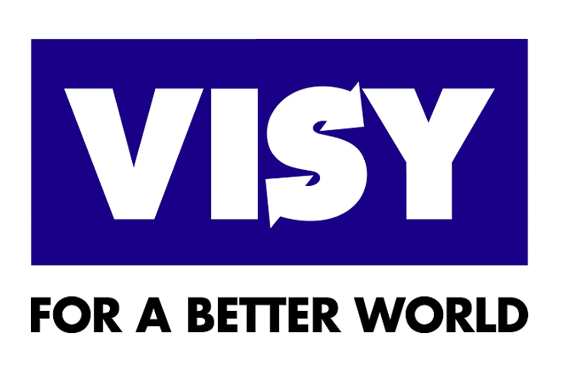 In addition, a TCAE coupling results in eliminating shaft run-out on pump shaft due to coupling misalignment thereby resulting in better gland packing performance.
We now have over 30 of the Thompson Alignment Eliminator Couplings (TCAE) in various sizes operating that have shown excellent worth in reducing our maintenance time and cost that would otherwise be spent on expensive laser alignment.
Our plan is to progressively replace more pump/ motor couplings in the Smithfield plant with the TCAE coupling as it has proven to be a cost effective and reliable solution.

This reference is a reflection of the use of the Thompson Coupling Alignment Eliminator – pump to motor shaft coupling – in operation at the Visy Paper plant, Smithfield NSW.
Historically the large varieties of pumps used in the plant are coupled to the electric motors with traditional shaft couplings.
Following regular pump change outs and repairs the coupling setup needs to be laser aligned which is a significant cost and time expense for the mill.
Since 2009 we have been successfully trialing a new flexible coupling that requires no such laser alignment. Termed the “Alignment Eliminator” it is a set and forget coupling that will accommodate any misalignment (angular, parallel or combination) up to 10 degrees.
Furthermore it has shown benefit in soft foot situations where the unstable nature of the motor base (often flaking concrete pads) would mean considerable time is spent in trying to laser align with traditional couplings. Instead the Thompson Alignment Eliminator coupling adapts to the angles and operates quietly and efficiently.
The other significant feature of the Thompson Alignment Eliminator Couplings (TCAE) is the use of quick changeover flanges. In the event of a normal pump failure or repair the pump can be removed from the shaft setup using these quick flanges in less than 5 minutes. This is also a huge cost saving for us. 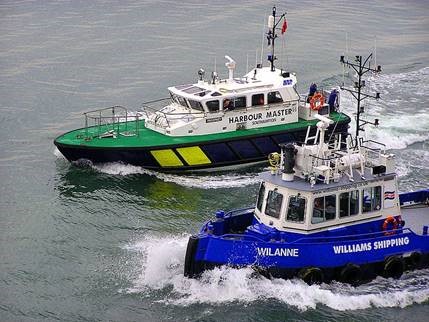 Greg- I can honestly say that your CV joint inexpensively solved a major problem during a refit of Route 66 done in 2011.

We had decided to replace a finicky and high maintenance “saildrive” with a conventional propellor shaft and coupling. However, because of our engine placement and lifting keel we needed a true CV joint that could handle over 100 hp with an 8.5 degree change in shaft angle. Your brilliant joint allowed us to do this.

The joint has been trouble free and functioning beautifully with minimal maintenance over several thousands of miles during this interval and I would certainly do it the same way over again and not hesitate to recommend it as a CV joint for any application given my experience.
Best,
Bill Whitmore
S/Y Route 66 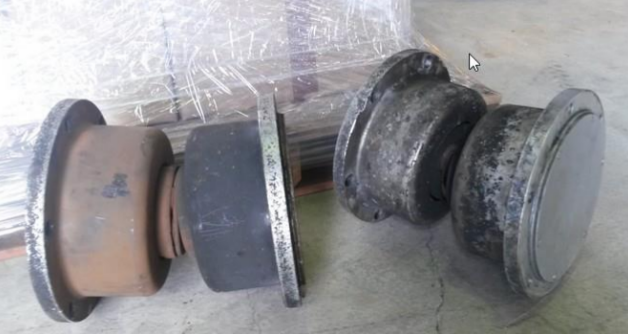 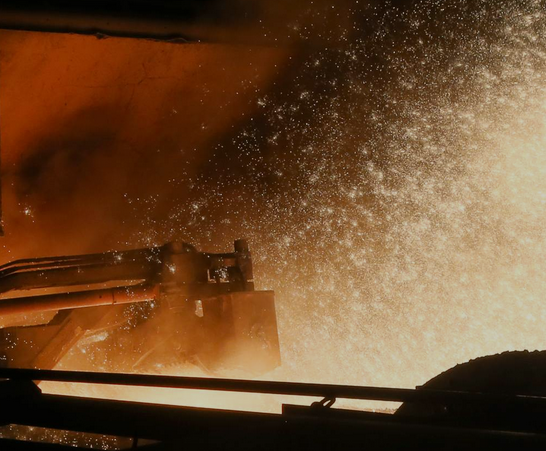 Bluescope Steel
After 3 years in the one of the most hostile working environments imaginable, this pair of TCAE-5 couplings have arrived back at Thompson Couplings, Archerfield, having been replaced by two more identical couplings.
Working 2 weeks out of three, these couplings drove one of the furnace hot cars at Blue Scope’s coke oven battery in Unanderra. The 24 x 7 working conditions are described in the downloadable page from Blue Scope’s Engineering Technical Specification manual. In essence the hot car receives a 1000-degree charge of coke from the ovens 66 times in every 24 hour period; the car is then driven to the quenching area where 6000 litres of water are used to cool the entire car – bogies and all. The car then delivers the load to the load end point and starts over.
As with all Thompson Couplings, these couplings are non-user serviceable, so, since being installed 3 1⁄2 years ago, these couplings have neither required nor been given, any regreasing or other servicing or downtime. Installed originally as an evaluation test, these couplings have so exceeded Blue Scope’s expectation, that the other hot car in the battery is being changed over to this same system of drive.
Even with the (eventual) failure of the protective boot on one coupling, the coupling continued to function so that replacement could be planned for when the maintenance period that month was reached for other elements of the car. There was no catastrophic failure, even in the face of gross amounts of caustic and abrasive ingress, the coupling continued to function, developing some small increasing degree of backlash. 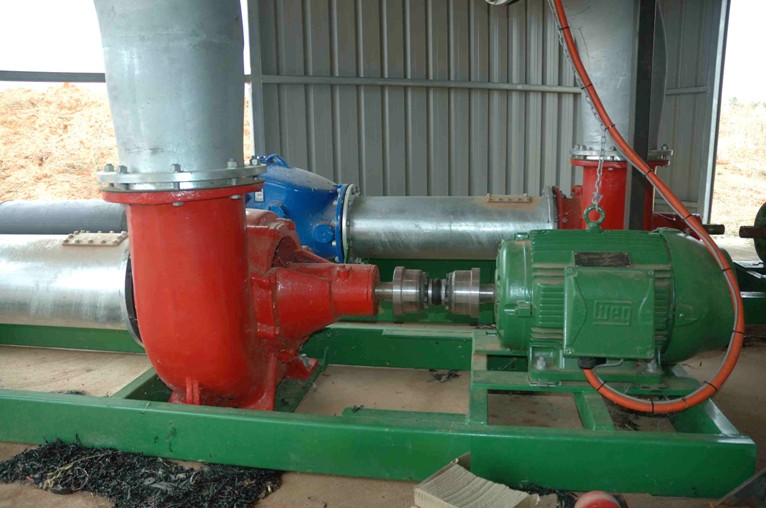 I am an irrigated cropping farmer located at Waaia, Victoria.

In October 2013, I installed a Thompson Coupling between a 300mm mixed flow pump and 22kw electric motor operating at maximum of 5 metres of head.

The pump and motor has operated for 4000 hours to date with no issues, incredibly smooth operation. Local electrician remarked that you would not know it was pumping if it wasn’t for the electric motor noise and VFD noise. Ease of installation, no need for laser alignment of shafts and removal of side loads on pump and motor means reduced costs from lower maintenance and less power required.
– Ray Thornton. 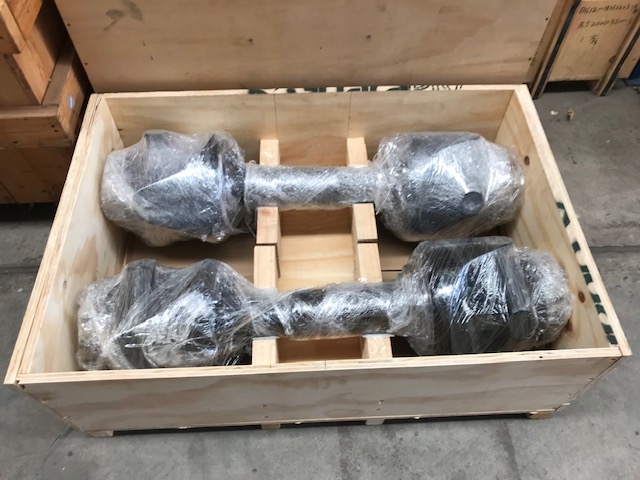 We are proud to announce the most recent installation of our TCVJ model 2C-15 into a Royal Navy patrol boat based in Southampton UK.

The project has been undertaken by Babcock International Group for the refit of a number of Royal Navy patrol boats. The existing engines are being replaced and, due to the new sized power plants, the current universal jointed cardan shafts are unable to operate at the high shaft angles without significant vibration. Babcock International selected the TCVJ coupling due to its ability to operate at high shaft angles with minimal vibration.

This installation has been in the planning since 2018 and in August 2019 the first shipment of 2 driveshafts was dispatched for sea trials. Depending the outcome further orders are likely for more TCVJ couplings to replace existing universal jointed cardan shafts.

Power Where You need It.

We had decided to replace a finicky and high maintenance “saildrive” with a conventional propellor shaft and coupling. However, because of our engine placement and lifting keel we needed a true CV joint that could handle over 100 hp with an 8.5 degree change in shaft angle. Your brilliant joint allowed us to do this.

We now have over 30 of the Thompson Alignment Eliminator Couplings (TCAE) in various sizes operating that have shown excellent worth in reducing our maintenance time and cost that would otherwise be spent on expensive laser alignment.

We don’t do any maintenance on them.We install them at 04-2015 and they are running since then without any problem. Vibration is very little. I am very happy with this coupling’s performance.